The literal meaning of Islam is peace; surrender of one’s will i.e., losing oneself for the sake of God and surrendering one’s own pleasure for the pleasure of God. The message of Islam was revealed to the Holy Prophet Muhammad (peace and blessings on him) 1, 400 years ago. It was revealed through angel Gabriel (on whom be peace) and was thus preserved in the Holy Quran. The Holy Quran carries a Divine guarantee of safeguard from interpolation and it claims that it combines the best features of the earlier scriptures.

The prime message of Islam is the Unity of God, that the Creator of the world is One and He alone is worthy of worship and that Muhammad (peace and blessings on him) is His Messenger and Servant. The follower of this belief is thus a Muslim – a Muslim’s other beliefs are: God’s angels, previously revealed Books of God, all the prophets, from Adam to Jesus (peace be on them both), the Day of Judgement, and indeed the Decree of God. A Muslim has five main duties to perform, namely; bearing witness to the Unity of God and Muhammad (peace and blessings on him) as His Messenger, observing the prescribed prayer, payment of Zakat, keeping the fasts of Ramadhan, and performing the pilgrimage to Mecca.

Islam believes that each person is born pure. The Holy Quran tells us that God has given human beings a choice between good and evil and to seek God’s pleasure through faith, prayer, and charity. Islam’s main message is to worship God and to treat all God’s creations with kindness and compassion. The rights of parents in old age, orphans, and the needy are clearly stated. Women’s rights were safeguarded 1,400 years ago when the rest of the world was in total darkness about emancipation. Islamic teachings encompass every imaginable situation and its rules and principles are truly universal and have stood the test of time.

In Islam virtue does not connote forsaking the bounties of nature that are lawful. On the contrary, one is encouraged to lead a healthy, active life with the qualities of kindness, chastity, honesty, mercy, courage patience, and politeness. In short, Islam has a perfect and complete code for the guidance of individuals and communities alike. As the entire message of Islam is derived from the Holy Quran and indeed the Sunnah and Hadith (the traditions and practices of the Holy Prophet, peace and blessings on him) it is immutable in the face of change in time and place. It may appear rigid to the casual eye; in actual fact, it is most certainly an adaptable way of life regardless of human changes.

Islam teaches that the path to spiritual development is open to all. Any individual who searches for the One Creator can seek nearness to God through sincere and earnest worship; it is central to establishing a relationship with the Almighty. This positive message for humanity fills hearts with hope and courage.

At present, there are 1.5 billion Muslims worldwide and they form the majority in more than 50 countries of the world. Today Islam is the fastest-growing faith in the world – its beautiful message is reaching millions in the far corner of the earth.

Allah is the Arabic word for “the One God.” Allah is not a deity specific to Muslims alone. He is God of all creations because He is their Creator and Sustainer. An Arabic-speaking person of any religion would only call God by His name in Arabic, which is Allah. After all, Moses and Jesus did not speak English, and the English-language word “God” was not in their vocabulary.

Who is a Muslim?

One cannot judge Islam by looking at those individuals who have a Muslim name but by their actions, they are not living or behaving as Muslims. In fact, many Muslim Americans have not even adopted traditional Muslim names and they are good Muslims. The extent of being a Muslim can be according to the degree to which one submits to the Will of God in his beliefs and his actions.

Who was Muhammad (Peace and Blessings Be Upon Him)?

Muhammad was born in a noble tribe of Mecca in Arabia in the year 570 C.E. His ancestry goes back to Prophet Ishmael, son of Prophet Abraham. His father died shortly before his birth and his mother died when he was six. He did not attend school and was thus unable to read and write. In accordance with the prevalent custom, he was raised first by a nurse, and then by his grandfather and uncle. As a young man, he was known as a righteous person, a trait that earned him the title of Al-Amin (the trustworthy). He often used to retire to meditate in a cave near Mecca.

At age 40, he was given the prophethood when the angel, Gabriel, appeared in the cave with God’s Command. Subsequently, the revelations came over 23 years and were compiled in the form of a book called the Qur’an which Muslims consider as the final and the last word of God given to humankind. The Qur’an has been preserved in its original form and confirms the truth in the Torah, the Psalms, and the Gospel.

Do Muslims worship Muhammad (Peace and Blessings Upon Him)?

What do Muslims believe?

Muslims believe in One, Unique, and Incomparable God. They believe in the Day of Judgment and individual accountability for actions. Muslims believe in a chain of prophets beginning with Adam and including Noah, Abraham, Ishmael, Isaac, Jacob, Joseph, Job, Moses, David, Solomon, and Jesus. God’s eternal message was reaffirmed and finalized by the Prophet Mohammad (peace be on them all). One becomes a Muslim by saying, “There is no deity but God, and Mohammad is the messenger of God.” By this declaration, the person announces faith in all of God’s messengers.

What is the Qur’an?

The Qur’an is the record of the exact words revealed by God through the Angel Gabriel to the Prophet Muhammad (Peace and Blessings Upon Him). It was memorized by Muhammad (Peace and Blessings be Upon Him) and then dictated to his companions. The text of the Quran was cross-checked during the life of the Prophet. The 114 chapters of the Quran have remained unchanged through the centuries.

What are the “Five Pillars of Islam”?

All the pillars should be of equal height and strength in a building in order to give it due shape and proportion. It is not possible that one would do Hajj without observing fasting or without practicing regular prayers. Now think of a building that has pillars only. It would not be called a building. In order to make it a building, it has to have a roof, walls, doors, and windows.

These things in Islam are the moral codes of Islam such as honesty, truthfulness, steadfastness, and many other human moral qualities. Thus, in order to be a Muslim, one should not only be practicing the pillars of Islam but should also have the highest possible attribute for being a good human being. Only then, the building is completed and looks beautiful.

What about the American Muslim Community?

There are an estimated 6 million Muslims in America. The Muslim community in America is made up of people from a wide variety of ethnic backgrounds and national origins. There are almost 2,000 mosques, Islamic schools, and Islamic centers in America. Muslims are active in all walks of life. Islam is one of the fastest-growing religions in this country and around the world.

What does Islam teach about Jesus (Peace Be Upon Him)?

Muslims hold Jesus and his revered mother, Mary in great esteem. The Qur’an says that Jesus is the outcome of a miraculous birth without a father. “Lo! The likeness of Jesus with God is the likeness of Adam. He created him of dust, and then He said unto him: Be and he is” (Qur’an 3.59). He was given many miracles as a prophet, which includes speaking soon after his birth in defense of his mother’s piety.

God’s other gifts to him included healing the blind and the sick, reviving the dead, making a bird out of clay and most importantly, the message he was carrying. These miracles were given to him by God to establish him as a prophet. According to the Qur’an, he was not crucified but was raised into Heaven. (Qur’an, Chapter Maryam)

What is the purpose of worship in Islam?

The purpose of worship in Islam is to be God-conscious. Thus worship, whether it is prayer, fasting, charity, or Hajj, is a means to achieve God-consciousness so that when one becomes conscious of God, in thought and in action, he is in a better position to receive His bounties both in this world and the Hereafter.

Shariah is the Arabic term for law. The Islamic Shari’ah is the comprehensive Muslim law derived from two sources: the Qur’an and the Sunnah (the Traditions of Prophet Muhammad). It covers every aspect of individual and collective living. The purpose of Islamic laws is the protection of the individual’s fundamental rights to include the right to life, property, political and religious freedom, and safeguarding the rights of women and minorities. Every society has the right to be judged by its respective laws.

Do Muslims believe in the hereafter?

God who is Just and manifests His justice has established the system of accountability. Those who do good deeds will be rewarded and those who do wrong will be punished accordingly. Thus, He created Heaven and Hell and there are admission criteria for both. Muslims believe that the present life is a temporary one–a test and if we pass the test, we will be given a life of permanent pleasure in the company of good people in Heaven.

No. Islam is the religion of peace and submission and stresses the sanctity of human life. The Qur’an (5:32) says: “anyone who saves one life, it is as if he has saved the whole of humankind and anyone who has killed another person (except in lieu of murder or mischief on earth) it is as if he has killed the whole of humankind.” Islam condemns all violence. Anyone who is perpetrating violence is not practicing his religion at that time.

The word “Jihad” literally means struggle, which in Islamic terms means to strive in the way of God. Any struggle did in day-to-day life to please God can be considered Jihad. One of the highest levels of Jihad is the control of the self from wrongdoings.

Islamic Center of Greensboro is one of several local masjids that serves the greater Greensboro, NC area. The below is a list of other masjids and community centers in the area. 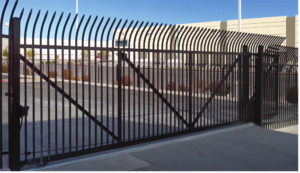 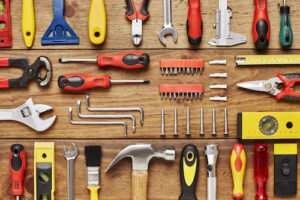 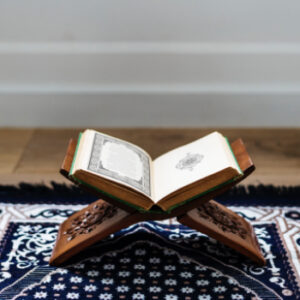